There are late and end of game spoilers for Hollow Knight within, so watch out for those! Generally, I do try to keep things spoiler-free but this isn’t always possible/practical! If you want to totally avoid all potential spoilers so you can play these games yourself in a blind run, you shouldn’t continue reading! Click a title to skip to that section. Games contained within this post:

Like with the other DLC fighters, Byleth comes with a new stage: Garreg Mach Monastery. This stage transforms between several different locations of the Monastery, complete with Three Houses character cameos in the background. 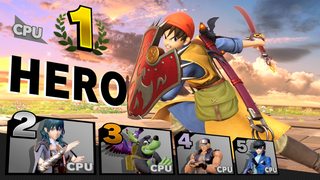 PatronusLight and I sometimes set up matches filled with level 9 CPUs, and let them duke it out to see which fighter will win. With this incredibly accurate and scientific approach, we have determined a tier list for the 1st Fighter’s Pass DLC characters. Joker is the worst, Terry is in 4th, Banjo is 3rd, Byleth is 2nd, and Hero is the best. I’m disappointed to see Joker do so poorly, but I can’t argue with science. Anyway, Byleth has been fun to play casually so far, and it’s really cool to see them in Smash Bros.!

I didn’t play much Tokyo Mirage Sessions this week, but I make my first foray into the next dungeon. I’ve had Ellie in my party for most of it so far, and letting her lead the charge has given me a good impression of her. 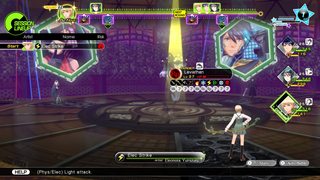 With Ellie’s bow attacks, I’m able to more easily exploit those weaknesses in enemies. I believe this is also the first time the game has thrown enemies that repel certain elements into the mix. These can throw a wrench into your Session attacks, as attacking an enemy with an element they repel reflects that damage to the attacking character, even in the middle of a Session. I love it! I’ve always enjoyed this mechanic in Persona, and it’s cool here too.

Last but not least, I’ve been unlocking new character side quests and completing some of those as they appear. For instance, Itsuki was was Touma’s wingman in one of them. That one was extremely light-hearted, and pretty entertaining. 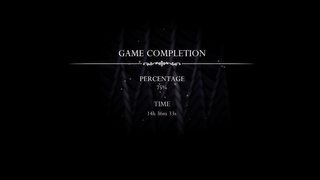 At the Kingdom’s Edge, I met Hornet once again. She served as another boss battle, but this time wanted only to test my strength. Despite having some new tricks in her arsenal, I didn’t have much trouble with this battle with Hornet. Many of the attack patterns were the same as before, and I think I still had muscle memory from the numerous tries the earlier Hornet battle took me. I defeated her, and moved on to claim the King’s Brand. I wasn’t sure what having the King’s Brand unlocked, and I actually beat the final boss without ever knowing.

Shortly thereafter, I found Isma’s Tear, which gave me immunity to acid waters. Afterward, I set out to explore Fog Canyon. After some time, I figured out a back way in to get around the shadowy barriers that blocked me before. I finally reached Cornifer to get a map of the area, and exploring it was much easier! I soon reached the home of the final Dreamer, the Teacher’s Archives.

Before I could reach the Dreamer, I had to deal with the enormous jellyfish-like creature Uumuu. My attacks did nothing to it, but in m most desperate hour, Quirrel showed up. His slashes temporarily shriveled the creature, allowing me to strike its vulnerable heart. Before too long, it fell to my weapon. I proceeded onward, and Quirrel joined me before a seemingly empty tank of liquid. He revealed that his memories had returned, and that he served this Dreamer. He alone had the power to reveal the Dreamer’s form, and it was for this purpose that he was called there now, to reveal the Dreamer to the Knight so the Seal could be broken. Like the others before, the Dreamer put up no fight, and I destroyed them promptly. I’d liked Quirrel since meeting him initially. He is one of the few friendly NPCs in the game after all. But I had a newfound appreciation for him after fighting alongside him during the battle with Uumuu and hearing his backstory. By chance, I ran into him at the Blue Lake later on. He expresses his admiration of the Knight, and I spent a quiet moment of reflection sitting beside him here. It was a really nice moment, and just part of what makes this game so special.

With the last Dreamer gone, there was only one thing left to do. I made my way to the Temple of the Black Egg. The Seal on the innermost sanctum of the temple was now broken, and I made my way inside. Imprisoned within was the Hollow Knight, a Vessel chosen by the long dead King of Hallownest to contain the infection that threatened the kingdom. I cut its chains, and our battle began! As a boss, the Hollow Knight wasn’t particularly difficult. It took me about 3 tries to defeat it. Its role in the story is quite interesting, and especially its actions during the latter half of the fight. After you’ve dealt enough damage to it, the Hollow Knight has brief moments where it will repeatedly stab itself with its weapon. Throughout the fight, several of its attacks involve spewing out infectious orange goo. The creature is riddled with the stuff. I took the moments in which it stabs itself to be moments in which it returns to its right mind, and seeks to end its life to free itself from the infection. Pretty somber stuff.

At the end of the battle with the Hollow Knight, the Knight absorbs the infection within its body. A final animated cutscene plays, showing the Knight alone inside the inner sanctum of the Temple of the Black Egg. The Knight’s eye holes glow, and chains appear, binding him there. The Seal reforms, locking him and the infection within, and the credits roll.

Like I said earlier, this is just one ending. I’m guessing it’s not the “true” ending either, but maybe I’m wrong and there’s no way for the Knight to avoid his fate. I’ve read some stuff about the lore on the wiki since finishing the game, and from this learned that the King’s Brand allows you to access The Abyss. I headed there and explored a bit, getting the Shade Cloak, which allows me to cross the shadowy barriers I’ve encountered in a few places.

I’m definitely going to keep playing Hollow Knight a while longer. I’d like to see some more endings, and more importantly, see what other secrets and hidden bosses I can find in Hallownest!