On December 25th, 2028, several volunteers arrive at the Mars Mission Test Site in Nevada. Willing participants of a simulation to gather data for a future manned mission to Mars, they all begin living together peacefully at the test site. But just 6 days into the project, things go wrong. The participants wake up from an induced sleep, locked in prison cells and confronted by an enigmatic figure who calls themself Zero. Zero has prepared a game for them to play. A game where their lives and the lives of the entire human race hang in the balance. This is the Decision Game.

Zero Time Dilemma is the 3rd and final game in the Zero Escape trilogy, which began with Nine Hours, Nine Persons, Nine Doors on the DS in 2010, continued with Zero Escape: Virtue’s Last Reward on the 3DS and Vita in 2012, and concluded with this game in 2016 for the 3DS, PS Vita, and PC. It later released on PS4 as well. Like the other games in the series, its gameplay is a mix of visual novel and puzzle game, with a story that blends sci-fi, mystery, and psychological horror.

As a visual novel, the game lives or dies by the quality of its story. I won’t go into much detail to avoid spoilers for the entire trilogy, but it definitely builds upon the foundations of its predecessors in satisfying ways. It is a bit of a slow burn for a while, partially due to the structure of the game, but once it picks up speed it gets really good. I enjoyed the story from the beginning, but there was definitely a point where I became completely hooked.

The structure of the game is a bit different from its predecessors. In the previous games, you played through the story linearly, starting at the beginning, making choices that cause the story to branch and lead to different outcomes. In Zero Time Dilemma, you instead play through Fragments. Each one is a single chapter of the story, you unlock more as you progress, and you can choose to play any of the unlocked Fragments in whatever order you want. What makes this structure different is that Fragments are not necessarily in order. After the very first Fragment that introduces the characters and kicks off the plot, you will likely be a bit confused when starting a new Fragment becuase it’s not immediately clear when the Fragment takes place, or which branch of the story it takes place on. It’s deliberately disorienting, meant to mirror the confusion the characters are facing, since they are routinely injected with a drug that puts them to sleep and causes them to lose their memories as part of the Decision Game. Once you complete a Fragment, you’ll be able to see where it fits in the global flow chart. This is extremely useful, as the more Fragments you complete, you’re able to see more of the big picture. I enjoyed this non-linear method of story telling, it was an interesting way to deliver the plot, and it was nice to gradually get a sense of how everything fit together.

Each Fragment follows one of the 3 teams. In the Decision Game, the characters are split into 3 teams of 3. As the player, you take on the role of each team’s leader, in charge of making the important decisions and solving the puzzles that arise. The decisions you make can lead to some pretty harrowing situations. In-game negative consequences of your choices are basically non-existent since you can easily see one outcome, then go back to the choice and choose the other option to see what happens. Still though, I definitely regretted some of the decisions, but I picked them both to satisfy my morbid curiousity and complete the entire global flowchart. Zero Time Dilemma is definitely the most graphic and gorey game in the Zero Escape series, and some of the more intense scenes will definitely stay with me for a while.

As for the puzzles in the game, they’re more of the escape room style puzzles the series is known for, and they were quite fun. It took me a while to get used to this kind of puzzle solving again. I found myself getting stuck in some of the earlier puzzles I tried, and looked up a walkthrough a few times when I felt I’d exhausted every available option. Some of my struggles were from objects in the rooms that I hadn’t seen, and some were just stupid mistakes on my part. You really need to be thorough when searching the rooms for clues, and that was something I’d forgotten in the time since I played Virtue’s Last Reward. Overall, I think the puzzles were done well, they seem on par with the puzzles of the rest of the series, although Zero Time Dilemma actually has fewer puzzle rooms than the prior games (13 rooms compared to 16 in the other games). The lower number of puzzles really shows depending on how you choose to play through the 3 teams’ Fragments. I jumped between teams quite a bit, so near the end of the game I had already done all the puzzles, and the rest of the game was just cutscenes and decisions.

One thing about the cutscenes in this game: they take some getting used to. There’s both Japanese and English audio options. I was using English voices, and the lip syncing of the dialogue in cutscenes is pretty bad. I noticed it less the more I played, but I don’t know if that’s because it got better or if I just got used to it. The voice acting itself was good though, so that was nice. The other thing about the cutscenes, character animations and reactions can be pretty stiff or awkward in some instances. Some character expressions were unintentionally pretty funny. There was at least one time when a character was supposed to be shocked, so they stand there with their mouth open, and other than that they’re completely still, and it made me think of the surprised Pikachu meme, I just couldn’t take it seriously. Also, be prepared to see some really blurry textures in a few places. The PC version is based on the Vita version, and from what I’ve read it uses pretty much the same textures, which really shows sometimes. What probably looked fine on the Vita’s 960x544 resolution doesn’t look quite the same at 1080p. 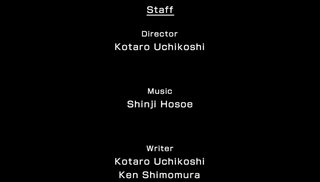 So how does Zero Time Dilemma compare to the rest of the series? I enjoyed all 3 games, but if I had to rank them, I’d probably put 999 first by a pretty wide margin, Virtue’s Last Reward second, and Zero Time Dilemma third. Don’t get me wrong, I still enjoyed the game. It’s another good story, with some cool twists, and fun puzzles. But the rest of the series sets a very high bar, and after finishing Zero Time Dilemma, I can’t help but feel that it’s the weakest entry in the series. The twists aren’t quite as mind-blowing, and the ending was also a little underwhelming, partially because there was no special credits sequence after the unlocking the final/true ending. It was just the same credits sequence that you get after each of the other endings, which was kind of sad. 999 and Virtue’s Last Reward both had different visuals in the background when you finally got to the true ending credits sequence, and I missed that in Zero Time Dilemma.

But overall, I’m happy I played Zero Time Dilemma. The sci-fi and mystery themes of the story drew me in, just like always. There might not be as many scientific or mathematical tangents as in 999 or Virtue’s Last Reward, but there are still a few scenes that reference interesting, real world concepts, like the Monty Hall problem. Anyway, if you’ve played the rest of the series, I’d recommend you check Zero Time Dilemma out and see what you think. Otherwise, if you’re looking to get into the Zero Escape series, you should get Zero Escape: The Nonary Games. It contains the first 2 games in the series, and usually goes on sale for US$12 on Steam. My final play time was 18:02.