Be warned, spoilers are contained within. Generally, I do try to keep things spoiler-free but this isn’t always possible/practical! If you want to totally avoid all potential spoilers so you can play these games yourself in a blind run, you shouldn’t continue reading! Games contained within this post: 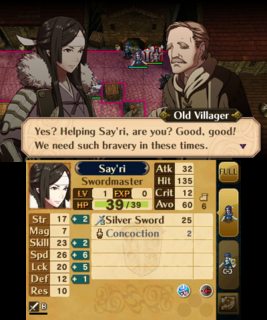 This game is so awesome. I’ve really started to unlock challenging side missions, some of them I’ve tried and had to restart 3 or 4 times before deciding “alright, my team just isn’t strong enough, let’s leave and try this one later.” That’s happened to me on 3 different side missions now! It’s a little frustrating, but mostly I enjoy it. I’m sure I’ll be able to return to those missions later. I know I’ll get a new character in each one, a “child” character. Because basically, you unlock one of these side missions when 2 characters reach S level Support rank and get married. Plot details aside, that means that your new couple’s child will be recruitable in the side mission that unlocks when they reach S rank. It’s pretty cool, in my opinion…I like it a lot! I’ve gone out of my way to grind supports a bit and pair up certain characters.

Aside from that, the main story has reached the point where the title of the game, “Awakening”, has come up in the plot and it makes sense now. One recent mission had some civilian houses that could be visited. I thought a certain line of dialogue was a little funny considering the “Old Villager” you speak to asks if you’re helping Say’ri, when Say’ri was the character he was talking to since I had her visit.

In other news, Fire Emblem surprised me by remembering my birthday! Or rather, my in-game avatar’s birthday, which I made match my own.

That was such a sweet touch, I thought it was really nice. My avatar gained an item and some experience, and whichever character is on the lower screen in the Barracks wished me a happy birthday. I loved it! 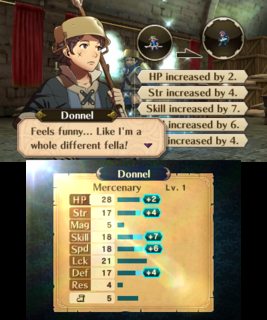 I’m finally starting to see the payoff for training up a unit who started weak, but has strong stat growth: Donnel. He’s a character you get in one of the earliest side missions, and one of the only side mission recruits who isn’t the child of an S-support couple. He starts as a lowly Villager, low stats and health, can only use E-rank Lances if I remember correctly. I spent a lot of time getting him EXP where I could, pairing him with stronger characters, having him finish off enemies when they had very little HP remaining and he was guaranteed to get the kill. It’s paid off so much now, after he made it past level 10, I used a Second Seal on him (since apparently Villager can’t use a Master Seal), and made him into a Mercenary.

He’s just got solid stats all around now, except Magic and Resistance really. HP is also kinda low, but his surprisingly high Defense makes up for it. He’s leveled up more since that screenshot, and his stats just grow steadily. Thanks to his Ability, he almost always has level-ups where at least 4 skills increase, I don’t think he’s ever had a bad level-up of only 1 skill increasing!

I checked in on my town on my birthday, because I was anticipating some birthday celebrations. I was not disappointed! As soon as my mayor came out of his house, Spork ambushed me and dragged me to his place.

There, the villagers had a little birthday party waiting for me! It was so cute! I mean, the present they gave me was meh, but it’s the thought that counts, right? My mayor was as excited as I was after the birthday bash.

There was even a birthday message on the bulletin board, how sweet is that?!? 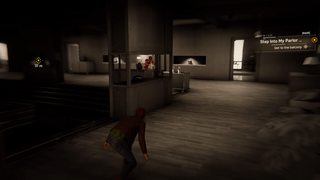 The main story continues to be very good, I’m genuinely interested in this Spider-Man story. It feels like watching a superhero movie, which is probably a very good thing for a superhero game like this! The main story missions themselves, as I said before, can be hit or miss. I haven’t played one that I would say is bad, but there’s some in the game where you play as characters other than Spider-Man, and I don’t think those are anywhere near as fun. The mechanics of those are pretty different. Since you’re playing either Mary Jane or Miles, you don’t have any superpowers, and you have to sneak around on foot.

That’s not really what I’m playing a game called Spider-Man for, you know? I’m more about that webbing-enemies-to-buildings life.

I beat the Elite Four and became Champion, my Island Challenge is over! Another one to mark as Completed off my backlog! I do intend to play some post game content though, and to keep this one installed on my 2DS. Sometimes it’s just nice to have something like Pokémon on hand for whenever you need it, you know? Anyway, Alola’s Pokémon League was a cool experience. First off, I enjoyed how Kukui reminisces about his experience in Kanto.

He references Lance too, which I really enjoyed as a player of the original Game Boy games! Then, before I went in to face the Elite Four, my starter Decidueye came out of its Pokéball to share a moment with me. 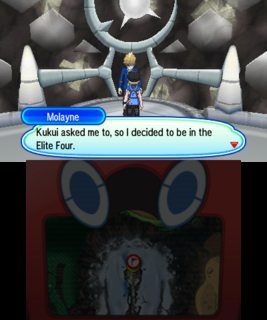 That was a nice touch, in my opinion. It pushes the player to reflect on their adventure a little bit. One thing I thought was interesting here that I haven’t noticed another Pokémon game do, each of the Elite Four was someone I had met or at least crossed paths with during the Island Challenge. The Steel guy, Molayne, was the only one I expected to see, he mentioned earlier in the game Kukui wanted to talk to him, so it was pretty obvious.

For some reason, I think Molayne is a pretty cool character. I’m not really sure exactly what it is, but something in his earlier dialogue or maybe just something about him seemed cool to me. The rest of the Elite Four I didn’t really anticipate, but I did recognize all of them.

Olivia in the Rock Chamber. “Kahili” in the Flying Chamber. Her I’d only crossed paths with once when I was exploring an optional area on the first island, Tenstep Hill or something. Didn’t even know her name until the Elite Four, because I hadn’t seen her again until then! Acerola rounded out the Elite Four in the Ghost Chamber.

That’s the order I challenged them in. Then, Kukui repeatedly trolled me.

Seriously, he had me going when he said I’d have to fight him, then I realized he was trolling again.

Good job Game Freak, Kukui did have me smiling after he tricked me so many times here. I’d forgotten that the game had been hyping up another battle with Hau, but then Hau showed up and told me I’d have to fight him for the champion spot, and I was like “oh yeah, we’re supposed to be friendly rivals.”

Hau’s team was easier for me than any of the Elite Four I think. Some of them managed to KO a Pokémon on my team, I don’t think Hau KO’d any of my team members. So, now I’m Champion!

I loved watching the credits roll. Maybe that’s a weird thing to enjoy, but I thought this credit crawl was done really well.

The first half of the credits, you watch the celebration of the new Champion. At least I think that’s what it was for. Everybody’s celebrating, Hala announces us as Champion, we see Team Skull disbanding except the grunts don’t want to stop following Guzma.

Some Zygarde post-game stuff is teased, at least I think that’s what that crystal was. I mean we outright see Zygarde crawling around in the next scene, so it’ll definitely play a role in the post-game somehow. Hau threatens us by saying he’s coming for our Champion seat.

That’s fine with me, I’ll wipe the floor with him again anytime. After all the 3D cutscenes, there’s a 2D credit crawl with animations of all the Totem Pokémon I fought in the Trials, that was a really cool touch! Raticate, Araquanid, Marowak, uh…the Grass one, Togedemaru, Mimikyu, the dragon one, and finally Ribombee at the end.

Then, we see one last 3D scene of the player character returning home, the camera pans up, and the player sees the game title one last time.

The game saves, and the player can jump right back in and play the post-game stuff if they want. I personally very much want to see what post-game content Ultra Moon has in store for me, but I may be taking a small break away from it for a week of two until diving back in.

PatronusLight played through Episode 3 of this game this week. I played just a few parts of it, the parts where you had to press buttons and whatnot. I did pretty poorly at one of them, I died probably 7 times. But I maintain that it wasn’t entirely my fault, because when I finally got passed it I did the same thing I’d been doing before, but that time it actually worked and a cutscene triggered and we could move on. This episode was pretty good, it’s the first one to be released since Telltale shut down. Skybound Games is finishing the season. Performance was kind of stuttery at specific times, even after turning the settings down, which was pretty annoying. Although that’s been a pretty common criticism of the Telltale Tool engine for a long time though, so nothing new on that front I suppose.

After watching a YouTube video of someone playing Jurassic World Evolution, it reminded me how much I loved Operation Genesis as a kid. While we wait for Jurassic World Evolution to go on sale, PatronusLight and I fired up good old Operation Genesis! Both games are park-building simulation games, where you build a dinosaur theme park similar to those seen in the Jurassic Park/World movies.

Of course, the big difference between this and other park-builders is the dinosaurs. Should they escape, they will eat your guests! I’m not sure if herbivores can crush guests or anything, but if carnivores get out they are a threat! I remember playing this game as a kid and “accidentally” letting out a bunch of velociraptors or some other carnivorous dino, and watching the mayhem it unleashed on my park. I mean, with the Jurassic Park branding on the game…they’re basically asking the player to create a deadly situation for the park guests, right?

After playing Operation Genesis for hours the other day, I can safely say my memories of it were justified - it’s still a lot of fun! It is slow to start though. In the beginning you have access to just 2 dinosaur species, and need to be careful and grow your park slowly until you have access to more dinosaurs and can draw in bigger crowds and profits. I’m not exactly sure how closely Jurassic World Evolution’s gameplay mirrors Operation Genesis’, but from the small amount I’ve seen it seems relatively close, which is definitely a win in my book!