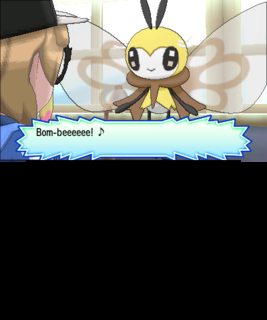 I started off this week by flying around Alola and trying to fill in some gaps in my Pokédex. Just as a sort of small-ish detour before taking on the last captain. I’m starting to not want my island challenge to end, I think! Caught in the dichotomy of “wanting to finish the main story” and “not wanting the game to end”, it’s a feeling I often get when nearing the end of game. Of course, it’s Pokémon so there’s no real “end,” I’ll be able to keep playing after the Elite Four of course. Anyway, I returned to face the final captain’s trial. The leadup to the final totem Pokémon was pretty funny, the game goes first-person from the perspective of the Pokémon as it enters the building, and my player character is looking at it so surprised. Then you find out it’s a Ribombee.

I wasted it with my Excadrill’s Metal Claw attack, it went down in 2 hits of that. The Grand Trial after that wasn’t too hard either, I beat Hapu pretty easily.

Then, it was time to move on to Mount Lanakila, the Victory Road equivalent of this game. It is kind of neat how they’ve made “Victory Road” in this game have a pre-existing significance to the area before the Pokémon League was formed. It’s like a sacred spot for the Alolan people. Unlike previous games’ Victory Roads, which (as far as I know) are just caves that lead to the Pokémon League and that’s all they’ve ever been. But, before I could start my ascent, I had to battle Gladion once more! I really struggled to defeat his team actually, he KO’d all but 2 of my Pokémon! It was pretty cool to come out on top in that fight.

I really enjoyed Mount Lanakila. Like Vast Poni Canyon, it was another satisfying dungeon. There were plenty of trainers to fight, many of which I had a little difficulty with as they KO’d some of my Pokémon. I wanted to be able to say I finished Mount Lanakila in one go, without leaving to heal and coming back, so I had to use several Revives and healing items. But, in the end I made it through! Let’s talk about what was a nice surprise for me when exploring Mount Lanakila, Necrozma! I walked through a doorway, and BAM, found myself face to face with a weakened Necrozma. 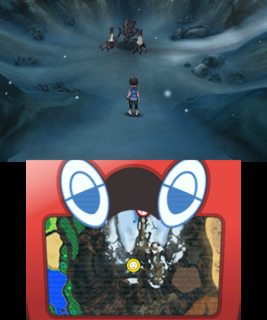 That area was so cool, the “impact crater” feeling of it as if Necrozma had fallen there from the sky (which it probably did I suppose) was very cool. I saved before the encounter, since I didn’t want to miss catching it, and I’m glad I did because I actually had to reset! I lead with my Golosipod, who knows False Swipe, but it turns out that was a mistake. Necrozma weakened Golosipod to below half health and his “Emergency Exit” ability kicked in. For wild Pokémon encounters, that means you run away! Not exactly ideal when battling a legendary Pokémon like this! So I re-loaded my save and lead with Manectric instead, attacked a few times to get Necrozma’s health in the red, and threw a Pokéball on a whim. Well, it worked. I caught Necrozma in a Pokéball, somehow.

I’m not sure if its catch rate is just crazy high, like Yveltal’s seemed to be in Pokémon Y, or if I just got really lucky. But I wouldn’t be surprised if it was the former. 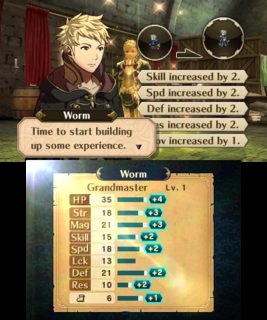 I’m finally getting back to Fire Emblem! I started my playing Awakening around the middle of December 2018, but after a week of playing it a ton, I stopped playing it until now. I’ve been itching to play it lately, but for a while I admit that I just didn’t have as powerful an urge to pick it up. Why would that be? My guess is it’s a combination of factors. I think there’s a specific mindset you need to be in to enjoy a tactical game like this, especially with the Classic permadeath mode. It’s not nearly as casual as, say, Pokémon. But still incredibly, incredibly fun and rewarding, when you’re in the right mindset to play it. For a while, I don’t think I was.

The second reason I think I’ve been staying away from Awakening lately, is that I had just finished what I imagine must be “Act 1” in the story, around Chapter 10 I think, the last time I played. The plot is super gripping up to that point, action is building, stuff is happening, and then…things wind down a bit. Of course, I’m sure the plot climbs back up, and reaches even greater heights. But, at the beginning of Act 2, things slowed down just enough that I wasn’t as compelled to play it for the story. However, just a few chapters in and I’m feeling myself getting pulled back in by the story again!

I did lose my first character though. It was a new Dark Mage introduced at the beginning of a chapter. They seemed like an interesting enough character, but I foolishly left them open to attack, and a stray enemy Fighter did the rest. Not wanting to restart the chapter to keep the character alive, I just kept on playing. I didn’t feel too bad about it honestly, since it was a character I hadn’t yet had a chance to grow attached to, and I already had a good Dark Mage. That kind of balancing, trade-off gameplay is just one of the things I love about Fire Emblem! Also, I used a Master Seal on my in-game avatar, Worm, and he ranked up to Grandmaster! He can’t use any additional weapon types or anything…but he can move a little farther, so I’ll take it.

In other news, I recently reached the first “ships at sea” level! I think it’s a fairly common type of Fire Emblem map, the battle takes place across several different ships connected by narrow planks, and the rest is water. Flying units have a huge advantage, and the enemy had plenty of them, but also plenty of foot soldiers. The narrow walkways between ships are a nice place to hunker down some units and rack up a ton of kills. Always a fun time!

Planet of the Apes (PSX) 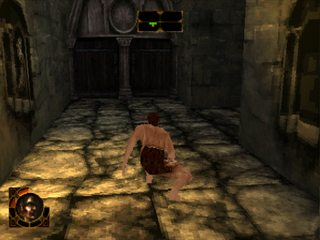 So, this is a game I’ve played parts of before. Planet of the Apes is an action-adventure game released in 2001 on a variety of platforms. It’s a game PatronusLight had growing up, and I’ve played it at her parents’ house before on a PS2. Now I’m emulating it, and I have to say I’m enjoying it much, much more playing it on PC with an emulator. The reason for that is simple: save states.

Being able to save anywhere, instead of just at the end of each level/area, is a godsend. Because in this game, I find myself dying a lot, and normally that would mean I’d have to restart the level. Saving myself from that frustration is enabling me to enjoy this game far more than I did on actual hardware. That’s one of the reasons I enjoy emulation so much. 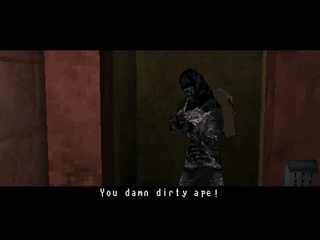 Some of the puzzles in the game are a little opaque, it’s not always clear what you need to do to advance. PatronusLight pulled up a walkthrough when she couldn’t stand to watch me struggle any longer, and has been feeding me hints when I am on the right track but not quite getting it. Sometimes she’s had to outright tell me “go here, use that item” when I am just nowhere near the correct path. As an original PlayStation game, the graphics don’t really help in that regard. I’m not really knocking them, for their time they were pretty standard, maybe even stretching the boundaries. But looking back them now is pretty amusing.

But it’s also another element of changing game design, in my opinion. Games of that era (and earlier) never really held your hand, you had to figure things out on your own. Of course, I’m not saying the game is perfect. Combat is pretty tough, but not in a satisfying way. When an enemy sees you, you basically try to get close and mash the attack button and hope you miraculously land enough hits to kill it before it wipes you out with its massively stronger attacks. At least, that’s how I handled combat until I learned how to block. With blocking, combat is still tricky though. It just takes longer for the enemies to murder me. Movement uses clunky tank controls, a la classic Resident Evil, and that also makes combat (and fleeing from combat) a challenge. But, overall I’m enjoying the playthrough. PatronusLight and I have had fun laughing at my mistakes, and there have been plenty of those!

I played a small amount as the old webslinger this week. Got through a few more main story missions. I have to admit, some of the missions have some less than stellar points. The start of one recent mission had me wandering around a secret hideout kind of thing, just looking at stuff. It was pretty cool in that it developed the story, but it didn’t feel particularly engaging. Maybe that part could have just been a cutscene? It’s a minor gripe though, overall the game is still very enjoyable. Swinging around the city is the best.