Welcome to a laid-back wrap up of the games I’ve been playing over the past week! Hopefully this will turn into a regular staple, where I provide brief summaries of what I’ve experienced recently in video games.

Be warned, minor spoilers may be contained within, depending on your definition of spoiler. If you want to completely avoid spoilers so that you can play these games blind yourself, you shouldn’t continue reading! Games contained within this post:

I started playing Ultra Moon in November of 2018. I’m pretty far in now, at the beginning of the week I’d just reached Poni Island.

Exploring Poni Island has been pretty cool. There are pretty frequent cutscene bits related to the main plot that have been popping up, but for the most part I can explore the island (and the rest of Alola now) freely. Uh…a certain new Ride Pokémon makes me uncomfortable.

My first Pokémon catch of 2019 was a Dhelmise! Also, I fought 5 Team Skull Grunts at once (well, really just all five of their Pokemon in a single battle…it was still cool). 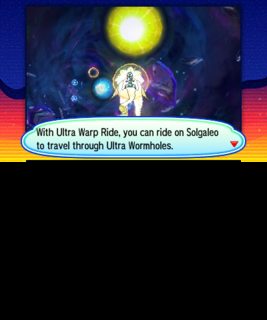 Vast Poni Canyon is basically the first thing in the game to really feel like a dungeon to me. It’s just a longer area than I’ve seen up to that point, and there’s more trainers in it than previous Routes/Caves (there’s also been only like…1 cave in Alola up until this point?). Long story short, I enjoyed Vast Poni Canyon a lot because of this!

I completed the first challenge on Poni Island, an unmanned one. It was cool, simple, but felt mostly like a gym since it was just battles, which I am fine with. Then some story stuff happened, and I got to do Ultra Warp Ride so that I could save the world and whatnot. You know, the usual. After that, it was back to my island trial! 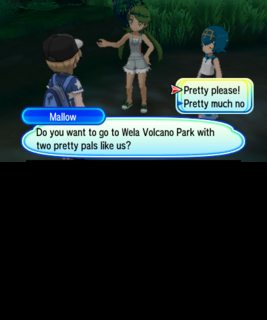 The last captain’s trial has me going back to all the other captains before to collect colored Petals. Some of them battled me before I could get their petal, which was cool. The nice thing about this part that kept it from being tedious, each Captain offers to take you to the spot where the next one is. So the only one you really need to hunt down is the first. I really appreciated that feature, and did the captains one after another. Some of the captains just have a few lines of dialogue and give you a Petal outright, which I guess is fine. I wouldn’t have minded battling them. You have some interesting dialogue choices with Mallow and Lana, I LOL’d a bit at “Pretty much no”, seems like such a sassy answer.

Now that I’ve gathered all the Petals, all that’s left is to return to the last captain and complete her trial. Then I finally get to face the final Grand Trial! I’m getting closer and closer to the Elite Four, I can feel it!

I’m getting back to Spider-Man after not playing it for a number of weeks. I left off close to the end of Act 2 in the main story, and now my in-game Spidey has nicely wrapped up the plot points of Act 2…or has he?! The beginning of Act 3 has everything coming undone for the Spider, and it was really cool to see all of that play out because I believe it was this point in the game that they were demo-ing back at E3 2018 when I watched it online.

My Hard mode playthrough continues, albeit slowly. I’ve moved on to the second Palace of the game. Honestly, the first Palace was the one I had been looking forward to most. I’d probably say it’s my favorite Palace, there’s just something about exploring a Palace for the first time, the music there, and having the OG team of Phantom Thieves together…I don’t know if it’s just nostalgia, but I really enjoy the first Palace every time I play it! 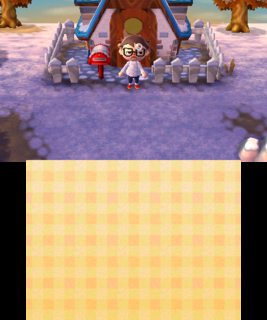 Okay, this barely counts as playing because I only sat down for one New Leaf session the past week, but I just had to share this. Like Spider-Man, I hadn’t played New Leaf in a while. So I start it up, Isabelle remarks how no one in town has seen me for a while, and I’m thinking, “Yeah, I know!” My mayor comes out of his house…and he looks so grumpy and tired! I thought that was a pretty cute detail.

He even has bed head, and apparently I hadn’t talked to my villager Canberra for 4 weeks! So I guess my absence was about 4 weeks long.

Admittedly, I’m probably going to go another long stretch without really checking in on my town. I love Animal Crossing, but lately I just haven’t felt the itch for Animal Crossing’s laid back, relaxing gameplay.