The video games I played in 2018 can be mostly summarized in just a few words: Persona is life, long live the 3DS.

After playing Persona 3 FES at the end of 2017, 2018 was the year I played Persona 5 and Persona 4 Golden for the first time. Having three Persona main titles under my belt, I feel it’s safe to say I’m a fan of the franchise. To those disagreeing, okay, maybe I’m not a true fan if I don’t play Persona 1, 2: Innocent Sin, and 2: Eternal Punishment… But don’t worry, they’re in the backlog.

I’ll get more into my “Year of Persona” another time, but as the records show, I was heavily into Persona throughout 2018, playing and re-playing some of the main titles multiple times, and devouring many of the spin-off games.

In another personal milestone last year, I bought a New Nintendo 2DS XL in August. While mostly everyone assumes that the handheld is at the end of its life, there are several benefits of buying an N2DSXL now: 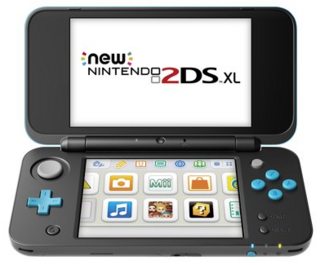 If you’ve never owned a 3DS/2DS, I’m not trying to get you to buy one, but those reasons are what I often tell myself to justify my purchase. It’s not a decision I regret at all! I’ve logged so much time into my N2DSXL since buying it, and I’ve only had it for several months so far!

Of course, there was one reason above all I bought a 3DS. And that reason is…

…Persona Q: Shadow of the Labyrinth! I’ll likely write more on this game in the future, but for now, I’ll just say that this 3DS exclusive is part of the reason I finally took the jump, and bought an N2DSXL last year!

As an added bonus, I can also play DS games on real hardware now, instead of having to emulate them. When the original Nintendo DS first came out, I had an original, fat silver model. I played some good games on it back in the day, Pokémon Pearl, Mario & Luigi Partners in Time, and Advance Wars Dual Strike…but, for some reason, around the time Pokémon Heart Gold and Soul Silver came out, I felt I had played the system enough and I sold it. Or rather, traded it to a friend in exchange for Dragon Age: Origins on the Xbox 360, so that they could buy and play Heart Gold. As good as Dragon Age: Origins was, I think we all know who got the better end of that deal (hint, hint: it wasn’t me). 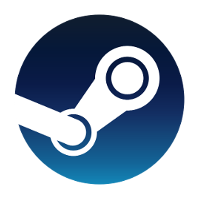 Despite the “distractions” of Persona and the 3DS games I played, I still played a number of PC titles last year. All of them were on Steam, where I own and play most of PC games, though I do have a few titles on other platforms like GOG and UPlay.

In fact, I completed more games on PC last year than any other platform! Although I probably logged more hours on the PS4 last year thanks to Persona 5 alone. Regardless, the games I was able to play on PC last year were a welcome refresher, as they were often much shorter than the titles I played on consoles.

There were some truly amazing standouts among the PC games I played:

Other PC titles I quite enjoyed, but didn’t leave me quite as awestruck at the aforementioned games:

Without further ado, let’s get into the meat of this article: every game I completed in 2018. When I say completed, I don’t mean 100% completed, I just mean finishing at least the main story/objective of the game. Some games I did complete 100% last year, like Persona 4 Golden, Persona 5, and the Persona Dancing spin-off games. But, for the most part I don’t aim for 100% completion of a game.

That’s 31 games overall. Not bad! Not a huge dent on the backlog, but we all know that’s an impossible feat anyway.

Here’s a nice visualization of those numbers:

Finally, here’s a table of all the games I completed in 2018:

Personally, 2018 was an excellent year for video games. But not because I played games released in 2018. I think the only games I played last year that had a 2018 release were Persona 3 Dancing in Moonlight and Persona 5 Dancing in Starlight. Well, that’s not true actually. I played Crossing Souls, which came out February 13th, 2018, but I wouldn’t describe it as excellent, as it did have a number of shortcomings.

I’ve never really focused on the newest, hottest, games. I usually don’t preorder games anymore, except in rare cases of franchises I am especially interested in, and those are few and far between. Instead, I focus on my backlog in any order. last year, my Persona obsession meant that I focused on the Persona titles in my backlog (well, except the first 3 games…) and their spinoffs. Following that, my recent N2DSXL purchase meant that 3DS and DS games climbed to the top of my backlog, and that portability was paramount to me completing so many games. I could play 3DS/DS games anywhere! Although, mostly I just used this feature to play games while PatronusLight was using our TV for PS4 or PC gaming.

Looking forward to 2019, I hope to continue the momentum I’ve had on my 3DS and DS backlog. In addition, I’d also like to get back to some of the older consoles on my backlog, like the SNES. I’ve never played Final Fantasy VI, and I’ve never completed Earthbound…2019 could the be year I do both! But, mostly I just plan on continuing to play whatever brings me the most enjoyment at that particular moment, and I encourage you to do the same!