I had some more fruitful nighttime visits to the island this week. One of them netted me quite a few Golden Stags, as well as my first whale shark which I promptly donated to the museum!

Another night, I found Gulliver washed up on the shore. He woke up after boxes of sleep talking dialogue, fired off a casual Paper Mario The Thousand-Year Door reference that I loved, and gave me a simple quiz to see if I could figure out where he was headed before he went overboard. It was Australia. The next day, a letter from him was waiting in my mailbox, with an attached Ayers Rock present. I don’t foresee myself using it to seriously decorate my house, but at the very least it’s another entry in my furniture catalog, I guess?

I also returned to the Shampoodle hair salon with enough bells to try it out this time. After answering some questions about the style and color, I wound up with this new hairstyle! …I’m not really a fan of it to be honest, I’m so used to seeing the Animal Crossing villager with just a simple, dark haircut, that this is kind of a shock to see. I’ve been wearing the Samurai Helmet headgear that covers my character’s hair lately, so I’ll probably forget what his hair looks like soon enough anyway.

By the end of the week, I’d broken the 2 million bells mark in my savings account! Very exciting! I’ll have to spend a chunk of that soon to pay off my debt or maybe do a public works project!

I finished Shadows of Valentia this week! The story remained strong through the very end! The gameplay was likewise strong, there were some fun maps.

On the final trek toward the end of the game, I finally let units fall without using Mila’s Turnwheel to turn back time and save them. Luthier and Python both didn’t make it during the battle of Rigel Falls. Luthier was pretty useless to me, his sister Delthea was the better Mage in my experience. Python was a little harder let go, but in the end Tobin was my better archer so I could justify carrying on without Python.

The final dungeon was the longest in the main game, but it was split up nicely by some story moments and sort of “mini-boss” battles. Plus, there were some rooms in the middle where you could save, so I didn’t have to worry too much about having to replay a lot of it if I got a Game Over. It even had a few puzzles where you entered a room with 4 warp points, and had to solve a simple riddle to determine which was the one that would lead further on. 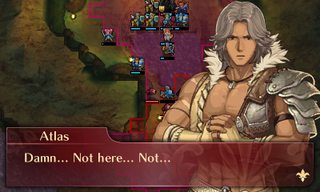 Eventually, I made it through the dungeon and reached the final boss battle! At this point, you have access to both Alm and Celica during this battle, as well as both their respective armies. There were a lot of strong enemies on that map, and honestly few units in Celica’s army were leveled up enough to hold their own.

Keeping details vague to avoid spoilers, the final battle was a challenge, but it felt pretty fair. I mean, as the final battle, I expect some stiff resistance, even on Normal difficulty. I got a Game Over when Celica fell in battle my first try, but luckily you can save right before it begins so you don’t need to go through the dungeon again.

On my second try, I still lost some units. Since it was the final battle though, I was okay letting a few units fall. Deen, Delthea, Atlas, Forsyth, Tobin, Kamui, and Faye all lost their lives during the final battle. But…none of them were crucial to the strenghth of my army. If Golden Knight Zeke had fallen, that would have been a totally different story. I would’ve used Mila’s Turnwheel to undo a turn or two to keep him alive without hesitation. 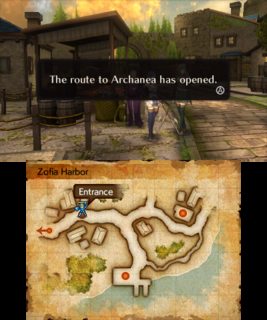 After beating the game, you can save your cleared game and keep playing if you want. Loading this save file begins the post-game Act 6. You can revisit past locations and fight random enemies, but the main draw here is that a path to the continent of Archanea is now available. That’s where the original Fire Emblem and Awakening take place!

The path to Archanea was pretty cool. There are three battles en route, and these were pretty strategically interesting. Two are against enemy ships, with narrow gangplanks connecting them.

The last one had only 1 ship, surrounded by a wide margin of ocean tiles. None of my units were fliers, since all my surviving Pegasus Knights were underleveled, so my units were all limited to a very small space to move around. Strong enemies start on the west side of the ship, so the action starts on the very first turn. Meanwhile, flying enemies spawn in the corners of the map and fly towards your ship. It was a lot to juggle, and I had to use Mila’s Turnwheel a few times to avoid deaths, but it was a fun map!

All of this leads you to make landfall on Archanea, at a small port town. There’s a Mila Altar and a Smithy in town, which is convenient to help you prepare for the post-game dungeon: Thabes Labyrinth.

This dungeon is the main post-game offering. There’s no real post-game narrative. You simply have the option to help a foreign Archanean merchant return home, which kicks off the journey. Once you land in Archanea, you hear about Thabes in the port town, and it’s the only other location available. So you’re just sort of pushed into it. Most of the dungeons in the game weren’t too long, but this one…oof, it was long and the floors all felt a little samey. Couple that with the normal dungeon enemy encounters, which can feel a bit grindey, and I just didn’t find the post-game experience to be very compelling. I got a Game Over after Alm died during a battle around the 5th floor, meaning I’d have to start from the beginning of the dungeon again if I wanted to see the end of it. I wasn’t that interested in what Thabes had to offer, so I decided I was done with the post-game. Plus, after reading a guide online, I was only halfway through Thabes anyway! It just wasn’t worth it to me.

On the whole, I enjoyed Fire Emblem Echoes: Shadows of Valentia quite a bit. I’ll be writing a review for it sometime soon. In the meantime though, know that it does have my recommendation for sure! It’s not perfect, but it is a unique experience in the series, and worth a try for sure! 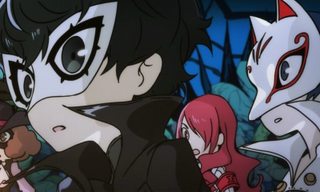 I completed the 4th dungeon! It was 8 floors in total from what I remember, making it the longest dungeon yet! But I hadn’t really grown tired of it by the end. I did pace myself pretty slowly on this one, so that may have helped. It actually seemed like just the right length.

The boss at the end of this dungeon was a pretty good one. No overly annoying methods were required to beat it, making it more enjoyable than the boss of the 3rd dungeon. The gimmick here was that the boss had 3 appendages, and a set of eyes that moved between them each turn. You could only deal damage to the boss if you attacked the spot the eyes were, and it had different attacks at its disposal depending on which appendage currently had the eyes. I thought this was a solid boss design. It would have been pretty tough if I hadn’t been playing on Safety mode, since I had to revive my whole party 3 times, but as it was I actually thought this boss was okay.

Afterward, the key to the final lock on the exit doors was mine! In the back of my mind, it seemed too good to be true. Things just didn’t quite seem resolved.

Sure enough, that wasn’t the final dungeon. There’s one last dungeon to face! This one features heavy winds that function sort of like conveyor belts. If you step into the wind’s path, it’ll blow you in that direction until you hit a wall. I’m not too far into the dungeon yet, but it seems like the blowing wind will make drawing my map on the bottom screen especially important to keep track of where the wind is and where it will take my party if I step into it!