A new villager moved in, Pinky! They’re a pink panda, and they seem pretty cute! I haven’t spoken to them much yet though. I usually don’t talk to my villagers a whole lot, honestly. Maybe I’m missing out on a big part of the Animal Crossing experience?

Caught a bunch of new cicadas for my museum one rainy day! That was really cool, it was like every few steps I saw one on a tree and got the “I wonder what my encyclopedia says about this” message.

Between my cicada catching and another trip I made to the island at night for beetle catching, I caught enough bugs to get the Skilled Bug Catcher badge from Phineas when I found him wandering around town! He also gave me a second badge, Avid Bell Saver to commemorate the fact that I now have 1,000,000+ bells in savings!

My 1,000,000+ bell count was reached by playing the Stalk Market this week, and selling turnips. I checked the prices twice a day, once before noon and once after, in order to make sure I didn’t miss a sudden spike. I’d read up on turnip price patterns, apparently in New Leaf there’s only a few different general patterns that the prices will follow. Knowing this, by Wednesday afternoon, I thought I was one the Large Spike pattern. So, I planned to sell my turnips Thursday afternoon, on what I thought would be the highest price for that week. I sold them all to Reese for 133 bells per turnip. Since I bought them a 95 bells each, and I had about 3,400 turnips, I made a nice profit of around 129,000 bells. Out of curiosity, I checked the prices again after the next price change, and found that it had increased to 163 bells per turnip! Turns out my prices weren’t on the Large Spike, they were on the Small Spike pattern. Oh well, live and learn. I still made a decent turnip profit either way.

A new shop opened up on main street, it’s a hair salon located above the Able Sisters store! For 3,000 bells, the poodle proprietor of Shampoodle can give you a new hairstyle. I haven’t tried it yet though, because when I went in I’d just deposited most of my bells and didn’t have enough on hand!

I believe the end is slowly coming into view. My pace on Fire Emblem Echoes has definitely slowed compared to the first two weeks playing it. I found myself having to use Mila’s Turnwheel way more often this week to avoid deaths. I don’t know if my strategy is bad or my units are bad, but it’s probably some of both. Assuming I get enough time to play it in the coming week, I’m hoping to be able to check this one off on the backlog. 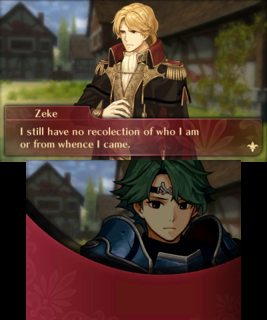 I don’t want to stray into spoiler territory, so I’ll keep things vague. Alm and company were joined by the amnesiac Gold Knight Zeke. Gold Knight is a promoted Paladin in this game, so Zeke is pretty darn strong. His resistance is pretty low though, but I guess in Echoes high Resistance isn’t a universal Paladin/Cavalier/Gold Knight trait. In fact, Mathilda might be the only Paladin with High Resistance in this game…? Seems that way in my playthrough, at least.

It seems as though I reached as far as I can with Celica’s army. Whether it’s the end of her story here, or if she’ll be playable again, I don’t know, but I do know that I can now advance as Alm, and begin the final stretch of the journey!

Although I didn’t take many screenshots, I had a lot of fun casually playing PQ2 in shorter bursts this week. Still on Safety mode, as in prior weeks, as the difficulty level just wasn’t for me.

I related to Junpei and Futaba so much when they talked about their gaming backlogs. Unlike Junpei though, it’s not like I don’t have time to play video games, there are just a ton of games I want to play!

Other than that, there’s not much notable progress to report. I’ve been chugging along in what should be the final dungeon. I got this Genie persona from Disney’s Aladdin. I mean, technically this Persona is based on “djinn” from folklore, but it has clearly taken inspiration from Disney’s interpretation of the source material.