I’ve started playing this on my trusty PlayStation TV again. My playthrough began a few months ago, but I only got about 2 hours in before I stopped playing and got distracted by other games.

As a very brief summary of what kind of game Persona 3 Portable (P3P) is, you play as a Japanese high school student in your second year who just transferred to this new school. Gameplay is split between sections where you go to school, getting to know classmates and forming “Social Links” with them, and sections where you explore randomly generated dungeon floors and fight monsters called Shadows in turn-based JRPG battles.

Persona 3 was the first game that established the “Persona formula” that each game in the series has followed since, and I love it. The story in P3P is told visual novel style, with only dialogue and character/background images, instead of more traditional cutscenes with the game’s 3D character models acting things out like the original Persona 3 release had. I don’t mind the change since I’ve played the original before and experienced the story, but it might throw off a new player a bit, as certain scenes are a little awkward in the visual novel format, and worked better as 3D cutscenes in the original game. 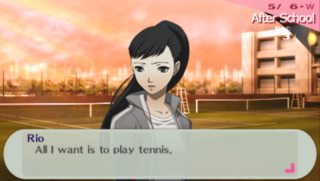 I’m far enough in now that I’ve really started to see differences in a few spots from choosing to play as a female character. The Social Link for the sports is different, since the female sports are changed to either Tennis or Volleyball. I chose Tennis, and met Rio. She likes tennis, haha. Seriously though, I’ve been enjoying Rio’s Social Link. So far it seems focused on helping her learn how to interact with people, I guess? Currently she seems hung up on the fact that she’s never been in a relationship, so presumably my character will help her work through that.

There’s another Social Link that’s new, you’re forced to join a committee, either Health or Library. I chose Library, and met Saori Hasegawa. I assume she’s the Social Link regardless of which committee you choose to join.

Besides the Social Link changes, the updates they made to the battle system in P3P since Persona 3 FES are fantastic. I think all or almost all the changes from Persona 4’s battles have made their way into P3P, and it makes battles feel much more modern and enjoyable, to be quite honest.

One of the biggest changes is allowing you to control your teammates’ actions in battle. In the original Persona 3 versions, you could only give your teammates general strategy direction, like designating someone to heal, someone to go on the offensive, etc.. Now, if you choose to do so, you can give them Direct Commands, like any other turn-based games. I never really had an issue with the auto-controlled teammates of Persona 3 FES, but I have to admit that it’s a lot nicer being able to control them directly, especially during boss battles as those can be quite brutal and careful strategy is often the key to walking the fine line between life and death, and coming out alive. Followup attacks, called Co-Op attacked in this game, were also added. 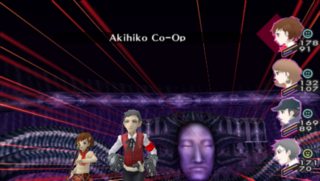 After Persona Q2 came out in Japan back in November 2018, I told myself I’d finish my playthrough of Persona 3 Portable before Persona Q2 came out in English. Well, they’ve finally announced a localization for Persona Q2: June 4th, 2019! So, to keep the goal I set for myself, I’ve got a little under 4 months to finish my playthrough. Should be very doable, as long as I keep a reasonable pace.

I don’t foresee any problems with that, from what I played of P3P this week, I’m hooked on the classic Persona gameplay loop again, and I’m just going to pour hours into it!

Here’s a little PC game PatronusLight and I saw YouTuber CallMeKevin play, and we had to look it up. Turns out it’s free at the moment, the devs have released it as a preview of what they hope to release as a full-fledged retail game at some point. It’s both fun to play, and funny to watch. We had a blast! 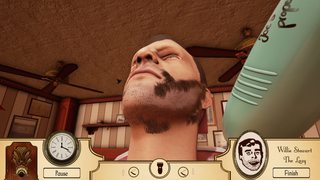 It also has a soundtrack full of old-timey tunes, which is pretty cool. As it stands now, it’s worth downloading and playing. However, to succeed as a commercial game, it would definitely need more substance and refinement. The developers do state they plan to expand upon everything here to get it a commercial release, which is good to hear.

PatronusLight and I both agreed that the scoring system seems janky at times. You’re rated on three categories that I believe are Accuracy, Speed, and Satisfaction. Sometimes the rating you get in each category is a little…weird. I mean, I got a B minus for only shaving half a man’s face even though he wanted “The Baby” which is clean shaven. B minus! He wanted to be clean shaven, yet I only shaved the right half of his face, and he feels that’s a B minus! But things like that just added to our enjoyment.

Give this one a chance if you have a little free time, it’s a good time! You can download the free “preview” build here: https://barbershopsimulator.itch.io/barbershop-simulator

My time as a Jurassic World park manager continues. I’ve hatched my first few Apatosaurus, on my Isla Sorna park I have them in an enclosure with several other long-necked dinosaur species. 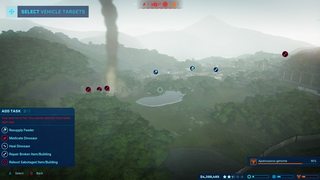 The park on Isla Sorna was hit by a rough storm recently. It broke one of the herbivore fences but luckily it didn’t break open any carnivore enclosures. The damage was something my ranger teams could patch up relatively quickly. Had the damage been in another part of the island, my ranger team response time would likely have been much worse, as they layout of Isla Sorna is a little unusual. The large, impassible mountain in the island center makes getting around, and sometimes building, a bit tricky. I’ve also hatched my first Carnotaurus, a sort of medium-sized carnivore. 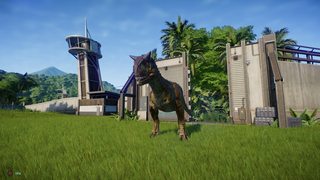 Most carnivores in the game that aren’t small tend to prefer solitary social groups, not wanting competition from any others of their species. Carnotaurus is different, and is fine with a social group of 2, so naturally I had to take advantage of that and place 2 Carnotaurus in an enclosure together. They’ve gotten along well so far, no fights or anything! Isla Sorna earned me the Now you’re John Hammond achievement, for housing at least 50 dinosaurs on a single island.

Isla Sorna is probably the park I’m most proud of, I think it looks rather impressive. I have a monorail track going in a loop around the central mountain now.

It’s probably hard to tell from the screenshots though. Now that Isla Sorna is in a good spot development-wise, I’m going back to previous islands to get the unlockables for those islands that I missed the first time around. Isla Muerta is proving surprisingly hectic. There are lots of storms on that island, and one broke a fence…the one housing my Velociraptors. Needless to say, they escaped and went on a killing spree.

My island rating plummeted for a bit afterward, the raptors managed to kill a number of guests, and that’s never a good thing. At least, as far as the safety rating is concerned. This happened 2 more times, raptors are just a serious pain to have in this game…they’ll bust out at any opportunity it seems.

My next personal goal in this game is to finish all the Missions on each island…but to be honest, I’m beginning to feel the fun start to turn to tedium. The missions usually involve hatching specific dinosaurs, and then usually it’s scripted that they’ll break out or attempt to break out or something like that…and managing those escapes can be pretty tedious. Maybe it’s just a sign I should keep more ACU stations to tranquilize dinosaurs faster, or get more Ranger Stations to repair fences faster around the park, but…I don’t know.

That said, I’ve still had a great time with Jurassic World Evolution, it just feels like I might be nearing the end of my time with it. We’ll see. Maybe revisiting the sandbox mode on Isla Nublar will revitalize my experience.