Let me begin with the Tale of Donnel the Hero. Once a meek Villager, he gave up that life for a life of soldiering and became a Mercenary. After much toil and much blood spilled by his blade, his reputation grew and he became known as Donnel the Hero, DESTROYER OF ALL.

I’ve finished a few more main story missions. This has gained my team several more levels, which has allowed me to go back and play some of the optional Paralogue levels that had been kicking my butt before. So now I have more child characters unlocked! It was a good feeling being able to go back to these levels that had obliterated my team before, and face down the same enemies, but this time my characters were the ones doing the obliterating! Now I’m almost out of unlocked Paralogue missions, so it’s time to work on some new S-rank Support Links!. 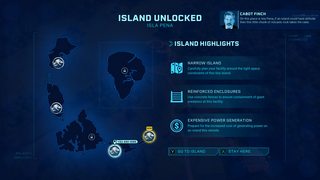 After hearing about a Humble Store sale on this game from /r/GameDeals, I had to get it. At 78% off, I just couldn’t pass it up! Over the weekend I put 12 hours into it, it’s super fun, very addicting gameplay. Same basic premise as Jurassic Park: Operation Genesis, you’re in charge of building a dinosaur theme park, your very own “Jurassic World,” although the Campaign of this game (the only part I’ve played so far) is split across six islands, each of which is kind of its own park.

At each island, you start over from scratch basically, with maybe a handful of buildings and some money. Unfortunately you can’t transfer money between islands, so switching islands kind of jars the pacing a lot since you aren’t able to expand on the new island at the same rate right away.

There are a few criticisms I would level at Jurassic World Evolution. Sometimes the pace of the gameplay slows to a crawl and you’re literally just waiting for something to finish or for some money to come in so you can actually build something, switching to a newly unlocked island is a great example with this. Like, I’ve built up my island into quite a profitable park, I’m holding onto $40,000,000 there, plenty to build whatever I want with. But I’ve run out of space on that island and don’t feel like juggling buildings or dinosaurs paddocks around, so I switch to the new island. Instant slowdown of the pace. To me though, that’s far from a deal-breaker, because once you get a handle on your finances on a new island, you’re hatching dinosaurs left and right, building a Jurassic World, and that is a hugely fun experience! The compression on these screenshots doesn’t do them justice, but here’s a few screenshots for you all anyway.

The interface of the game looks great too, in my opinion. I’ve been playing with a controller, and it looks and works great. Anyway, the whole package is pretty awesome. There are quite a few game systems, none of them too deep, but they all seem to work pretty well together. Lots of dinosaurs too, it seems like there’s way more in Jurassic World Evolution than there were in Jurassic Park: Operation Genesis!