PatronusLight and I unlocked the remaining characters in Ultimate’s roster, we were a lot closer than I realized actually.

But that’s small news. The first Fighter of the Fighter Pack DLC released this week: Joker, from Persona 5! PatronusLight and I were hugely excited when we saw the surprise announcement that Joker was being released on April 17th!

We tried him out right away. His defining feature is his Persona ability. Joker has a Persona gauge that fills up as he takes damage, but he also has a partial counter ability. If he’s hit while using this power, he will take less damage, but his Persona gauge fills a lot and he will damage enemies that hit him. Once the Persona gauge is full, he summons his Persona, Arsene. While Arsene is in play, all Joker’s attacks are powered up a lot! Arsene only remains summoned for a little while though, and once time is up he goes away and the Persona gauge starts at zero again. It seems like the key to using him effectively is probably getting Arsene out as quickly as possible, and then finishing off enemies before Arsene goes away. A new Persona 5 themed stage, Mementos, has also been added, and it features some awesome music tracks from Persona 3 through 5. It also changes appearance if you set the music to a track from Persona 3 or 4, and this is so cool too since the colors and patterns change to pay homage to the chosen game. Honestly, neither of us feel very comfortable fighting as Joker, but it’s amazing to see him in Smash Bros., and the Smash Bros. team has executed him perfectly. 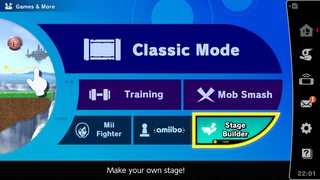 Aside from Joker, Ultimate also received a 3.0 version patch on the same day. This adds a bunch of online sharing features for pictures, videos edited in the new in-game video editor, and stages created in the new Stage Builder! The Stage Builder allows you to create your own stages in Ultimate now. I remember playing around in the Stage Builder back in Brawl and having a ton of fun, but I haven’t tried out the one in Ultimate yet. 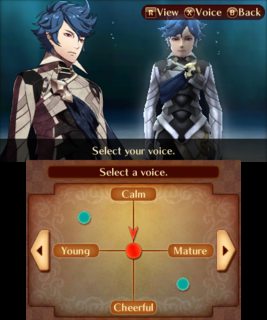 Like Awakening before it, Fates also let’s you customize “the avatar,” the main player character. Meet Worm, my avatar in Fates. What’s interesting about the Fates avatar is that they can use swords and Dragonstones in battle, and they transform into a dragon when using the latter. I think making the main character a dragon shapeshifter is a first for the series.

Fates feels a lot like Awakening in many ways, but with some enhancements and a number of changes, along with new features too. For instance, one nice addition is a warning symbol above an enemy when moving a character if they have a weapon that’s super effective against you. This is a small touch, but a really helpful one.

The gameplay loop feels smoother too, transitions to and from battle animations seem a little faster than in Awakening. It may just be my imagination though. The weapons triangle is also adjusted in Fates. “Magic” is a single type, there’s no separate Fire/Wind/Lightning. Magic and Bows have a place in the weapons triangle, which is unique for the series as these weapon types usually exist outside the weapons triangle. Weapons also don’t have durability, and never break. To balance this, stronger weapons like Steel and Silver have a few stat penalties, like taking away Speed or Dodge while equipped. This is a pretty interesting attempt to re-balance the Fire Emblem formula, and I’d say it does make things feel a little more fresh without feeling too unusual.

Anyway, I’m doing the Conquest path first. It has a reputation for being more of a challenge than the other paths, and so far it’s deserving of it! In the first mission after the path splits, I got a Game Over. I chose Classic Mode, so units that fall in battle are dead and gone forever. If the player character falls it’s Game Over. That’s what happened to me. I let the enemies rush me all at once, and was overwhelmed. After a retry where I was more aware of the map layout and made some choke points, I claimed victory. So really, Conquest seems to emphasize careful strategy and awareness of the battlefield. It does this way more than I remember Awakening doing, so I can see where it gets the reputation of being difficult from. That said, I’m only playing on Normal, so I can only imagine the 2 harder difficulties in Conquest are absolutely brutal! 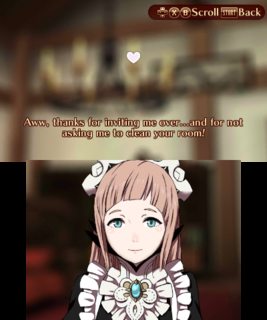 Usually in Fire Emblem I try to make it through without letting any units die, restarting a stage when I make a mistake. In Conquest, I’ve given up on that to some extent. I’ve lost several characters now. When the first one fell in battle, I considered restarting, but the stage was going well otherwise, and I wasn’t too attached to the character so I just let it happen. I think I’m up to 4 or 5 units lost now. The last one I lost, Felicia, I did like, and I had married her and the avatar by having them reach S Support Level, but her useful in battle was past its prime, so I just let it happen. There are some characters I will restart for, as I’m too attached to them or they’re too integral to my team. It’s honestly pretty exciting playing Fire Emblem this way. Making these sacrifices so that the rest of the team can live to fight another day makes every choice feel more important.

Characters in Fates: Conquest are every bit as varied as in previous games. Some have some pretty defining character traits, like violent tendencies, and others are plagued by bad luck. They’re all pretty endearing and charming, which makes every loss feel that much more real. Another character I lost very early, possibly the same mission she joined, was Charlotte. From the little I saw of her, she was basically a gold-digger. A commoner looking to seduce and marry a noble to ascend from her common roots. Her actual personality was pretty rough though, so it would have been interesting to see the contrast between her and the face she put on when trying to cozy up to potential noble suitors. She was also a Fighter class! But, she fell in battle, so that was the end of that. Since around that time I’ve had no Fighters in my army, as I lost the other one, Arthur, as well.

The remaining soldiers in my army will do what they do best though, and soldier on until the bitter end. That’s assuming I don’t lose any more of them, which isn’t a guarantee!