My introduction to the Advance Wars series was with Advance Wars: Dual Strike, released in 2005 for the Nintendo DS. I put over 100 hours into that game, and fell in love with the strategic, zany wartime gameplay. It wasn’t until 2020 that I went back and revisited the game that started the series: Advance Wars, for the Game Boy Advance! 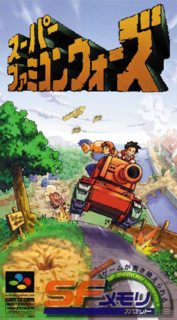 I should note that when I say Advance Wars started the series, that’s only true for the series outside of Japan. In Japan, the series really started back in 1988, with Famicom Wars on the Famicom. It later featured on the Super Famicom, and had a number of Game Boy/Game Boy Color entries as well, but all these were only released in Japan. Interestingly, Advance Wars marked the first time the series had an international release, and came out in North America in 2001, and Europe in 2002. However, Advance Wars wouldn’t release in Japan until 2004, when it was released for the first time as a compilation of both Advance Wars and Advance Wars 2: Black Hole Rising, as Game Boy Wars Advance 1+2. This is despite developer Intelligent Systems being based in Japan! I don’t know the history behind that, but I thought it was an interesting detail. With that out of the way, on to the review!

Unlike Strategy RPGs like Fire Emblem, Advance Wars is a pure strategy game. Your units don’t level up, and success is based on your tactics and decisions alone. No grinding levels to steamroll your way to victory here!

Gameplay plays out in turns, with you moving, attacking, and capturing bases with your units before ending your turn, after which your enemy will do the same on their turn. Units can be either direct attackers, in which case they must be next to an enemy unit to launch an attack, or indirect attackers, in which case they must be a given number of tiles away to launch an attack. Each unit has 10 HP, and is more effective in combat the more health they have left. This makes getting the first strike on your enemy a very valuable move, as your attack will likely cause their counterattack to be slightly weaker.

In the main Campaign, there’s a nice variety of mission objectives too. Most of them do follow the regular rules, where you either eliminate all enemies or capture the enemy HQ to win. Fog of War is added to the mix on some of these though, and the limited visibility changes up the feel of gameplay significantly. In addition, a few missions have entirely different victory conditions. One has you protect one of your units for a set number of turns, others are won by capturing a given number of bases, and another is won by eliminating a specific enemy unit. A number of these win conditions make the game feel more like a puzzle game than a strategy game, which isn’t a bad thing at all and keeps the missions feeling fresh!

From the very beginning, the presentation and graphics make it clear that Advance Wars is unique. It takes place in a fictional world, but features modern military concepts like tanks and fighter jets.

Despite its focus on war, its story and characters are anything but serious. Several of the COs in the game, like Andy and Sami, are pretty young, but are somehow commanding officers already. Elements like this set the tone for Advance Wars, and the playful art style plays right along with it.

The music is likewise upbeat. Bouncy and playful, the soundtrack melds perfectly with the rest of the experience, and I love the MIDI electric guitar sounds it delivers. Andy’s rock-inspired theme stands out to me especially, possibly just because I heard it so much while playing, but I also really like the soaring guitar riffs and solid beat that keep it driving forward. I mean, just listen to that bass line! Composer Taishi Senda did excellent work here.

New to Strategy Games? No Problem!

When you first start the game, you’re prompted to undergo Field Training before you can start the Campaign. For beginners, the Field Training tutorial mode is done very well. It explains the concepts of the game at an understandable pace, and also touches on some key foundations of strategy too, like using your units as a wall to protect your indirect attackers. It is a pretty lengthy mode though. You do have the option to skip it, which is nice. I didn’t skip it, but I probably could have since I had played the later Advance Wars: Dual Strike before, and many of the concepts were the same. If you’re a strategy game aficionado, you could probably skip this mode and easily learn the mechanics on your own.

Advance Wars is a great start to the Advance Wars series that the West would come to know and love. Since it is the first game in the series, it doesn’t have all the features, COs, or unit types of the later games. There’s beauty in the basics presented here though. It makes for very focused, strategic gameplay. There aren’t a few dozen different kinds of tanks and air units to deal with, and there’s only a handful of different COs. In that regard, it makes for an almost relaxing experience, as there’s a nice limit to the number of concepts you have to keep track of while playing.

That’s not to say there’s not much to do though. Even after beating the Campaign, there’s plenty of other content here. I didn’t dive into it, but there’s the War Room maps, a Map Editor to create your own maps in, and even a “hard mode” called Advance Campaign for you to try after beating the original Campaign if you’re looking for a challenge!

I’d definitely recommend the original Advance Wars to anyone looking for a comfortable strategy game to play on the GBA. The visuals and gameplay really hold up well!