I recently played through Shin Megami Tensei IV for the first time. It was the first mainline Shin Megami Tensei game I played, and one of the things that stood out to me the most were how many different demons were in the game. It seemed like the majority of demons I was seeing were designs that hadn’t been in any of the Persona games I’d played, and I really liked encountering all these unfamiliar creatures! It was hard to pick out my 10 favorites, but I managed to narrow it down to these: my Top 10 Favorite Demons in Shin Megami Tensei IV!

As a disclaimer, the ranking criteria here is definitely all over the place. Some demons I put on this list because I really like their design, others made it because I really liked using them in battle, and some I put on here just because they’re a familiar demon with a significantly different design in SMT IV than their Persona designs. 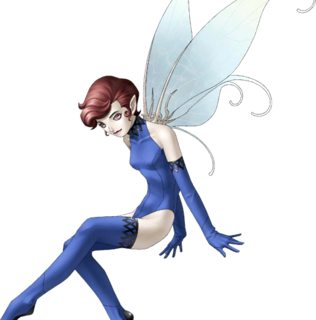 I mostly tried to focus on demons that were new to me. There are some classic demon designs that I really like as well. Staple demons like Pixie and Jack Frost, or designs I really like that are in most Persona games, like Hua Po, I didn’t include here simply because I guess I kind of take them for granted. That, and I wanted the list to be full of fresh faces. I didn’t always stick to this limitation (there’s definitely one demon on here who I’ve seen numerous times in Persona and is probably as well-known as Pixie), but in general I made this list with this limitation in mind.

One final disclaimer, I only included demons I encountered during my playthrough in this list. There are plenty of demons in the SMT IV compendium that I never even saw, so it’s very possible there’s a really cool demon in the game that didn’t make this list simply because I’ve never seen them before.

Asmodeus looks like a pretty stereotypical demon, but I think this design is cool for that very reason. With all the teeth, bones, and jagged protusions, Asmodeus is metal as heck. He really looks like what I expect a demon to look like, and that’s all there really is to his inclusion.

I’ve seen Titania in the Persona games I’ve played, but I was surprised to see a different design for her in SMT IV! It definitely shares elements with her other design, but this one is much more butterfly-like due to the larger wings and vibrant colors. I don’t like it as much as her green-dress design, but it was such an interesting change that I had to include it in this list.

I don’t like this design that much. It is an interesting concept, but I can’t get over the fact that Medusa is wearing pants, or at least some sort of clothing on her tail. Plus, the Medusa boss fight has to follow the Minotaur boss fight, and Minotaur’s design in SMT IV is way more interesting, but I digress.

The reason I have Medusa on this list is because I had my Medusa inherit Resist Force during fusion. This gained me a reasonably strong demon with no weaknesses, and I wound up using Medusa in my party for quite a while during my playthrough.

Okay, Frost Ace has good elemental resistances, repelling both fire and ice with no weaknesses, but that’s not why he’s on this list. I just love the idea of the loveable mascot, Jack Frost, turning into a superhero, and the design is just perfect! His two-toned suit with a large “A” emblazoned on it reminds me of The Incredibles’ super suits, which is another reason I like this design.

Here’s the demon I alluded to earlier, who might be around the same popularity as Pixie. At least, that’s what I thought. According to the MegaTen wiki, Lilim has appeared in a respectable amount of SMT media, but it’s nowhere near the number of appearances Pixie has had. Pixie might actually be in every single MegaTen work ever created, or close to it. But this entry isn’t about Pixie, it’s about Lilim, so I’m going to stop now.

Here’s another demon with Kaneko’s signature black lip style: Hathor. She’s a pretty unremarkable demon as far as skills and stats go, but this design is really cool, the contrast of her pale face and the black upper lip works really well. Couple that with her golden eyes and the markings beneath them, and you end up with a really visually interesting design.

I think Vouivre is the first demon on this list that I both used in my party for an extended period of time, and like her design. I also don’t know how to pronounce her name.

This design stands out to me for two reasons: she’s a bat/dragon-lady, so that immediately caught my attention, and contrast between the two halves of the design makes it a very visually interesting. This design reminds me of Angel a lot. They’re both female demons with wings, and the way Vouivre’s right arm is posed is even a little similar to Angel’s pose.

Looking at the MegaTen wiki, Vouivre has had several appearances in SMT games, and was even in Persona Q2 though I didn’t see her during my playthrough. I feel like this design would work well in the Persona series, I’m not sure why Vouivre hasn’t appeared in a non-Q Persona game before.

Another demon that appears in Persona Q2 but I didn’t see until playing SMT IV. Vivian’s design is super cool, I love the sword and the cloud of water she’s sitting on. The way her hair obscures her eyes also makes this design more interesting. Her origins are cool too, she’s the Lady of the Lake who gave King Arthur Excalibur in the English legends.

Vivian’s actually appeared in Persona before, appearing in the Persona 2 games. I really hope she makes a comeback in a future Persona title, this is another demon that I think would work really well as a Persona. But maybe I’m just saying that because I like the design so much.

Rangda is a demon that I remember seeing in the Persona series, but I don’t remember ever using her in my party. In SMT IV, Rangda was the cornerstone of my party in the late game. Her innate repel physical and repel gun affinities worked wonders against some game bosses, since if the AI decided to use a physical or gun attack as their first action, their turn was over! This even helped me out quite a bit in the final boss battle of the Neutral route. Rangda was just so useful in my playthrough, it definitely solidified her spot as one of my favorite demons in SMT IV.

I’ve seen Lilith before in several of the Persona games. There, she’s portrayed as a snake woman, with a large snake draped around her. In SMT IV, she’s a bit…different. SMT IV Lilith is hard to describe. The snake and snake-like elements of her design are gone, replaced with several feathery appendages. I might describe her as spider-like. A large, monstrous mouth completes the design, and makes quite an impression. It’s a very different design from her other appearances, but an incredibly striking one.